Connect with us
Make a Donation

Women are referred to KSF by their healthcare provider (Social Worker, Patient Navigator, RN/MD). The Kathleen Sutton Fund covers ferry fees, mileage, parking, tolls, and any other transit expense for patient and companion. Typically health insurance does not assist with or pay for any travel expenses related to cancer treatments.

The Kathleen Sutton Fund began in 2003 as a small local grassroots organization by providing assistance with transportation costs for women with breast cancer and living in North Kitsap County. Due to the tremendous  support of the community, grants and the annual live/silent auction fundraiser, the Kathleen Sutton Fund has expanded its services to women with any type of cancer and living in Clallam, Jefferson, Kitsap, and Mason counties! Since its’ inception, KSF has helped over 900 women and has distributed over half a MILLION dollars!

Kathleen Sutton was a remarkable woman in many ways. While she lived in Shine on the Olympic Peninsula, she worked in Kingston as a well-respected businesswoman. She served as president of the Kingston Chamber of Commerce, organized the annual 4th of July parade, and was a tireless volunteer. Kathleen founded the community’s “Team Flo” for the Susan G. Komen Foundation’s Race for the Cure. From 1998 until 2004 Kathleen Sutton underwent treatment for breast cancer in Seattle. A network of friends cherished their time with her as they drove her to many of her appointments. As they went back and forth from Kathleen’s home in Shine, they realized the enormous financial outlay for travel associated with cancer care. These expenses were not covered by her insurance and significantly added to the overall cost of treatment. Upon her death, as a tribute to Kathleen, a fund was established in her memory to assist other women with transportation costs. “A dream can make a big difference in many women’s life.” In May of 2003, Kathleen and I were on the ferry coming back from her weekly chemotherapy. We were talking about our upcoming fundraising for a national cancer organization. We had just bought ferry passes and they were expensive. I suggested to Kathleen that we should help other women in North Kitsap going for treatment for breast cancer to pay for the ferry cost. Kathleen didn’t buy the idea. However, late that evening Kathleen called me after wakening up from a bad dream about not having enough money to go for treatment and said: “Go for it!”

– Vivi-Ann Parnell, Founder, Past President, and Board Member 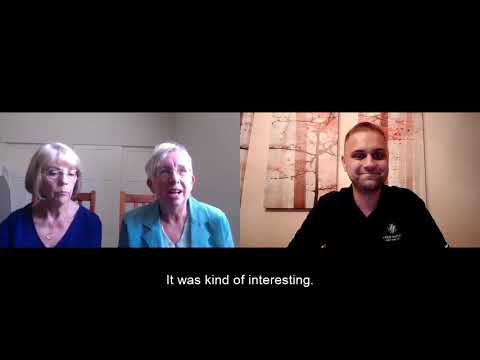